Considering the number of factories and industries established in nearby Alexandria Redfern and Newtown, some of which are known to have employed Aboriginal workers, it is likely that factories and businesses in Newtown did too.[110] Places such as Crago Mills and Fowler Ceramics may have employed Aboriginal people. Oral history research might reveal some further information including workers names, which could then inform an examination of company records, employee lists etc, if these can be located. Brick Works   Ron Ringer, a historian, interviewed Bill Wheatley who discussed Aboriginal workers employed at the Austral St Peters brick-making yard. These workers had come from Port Macquarie to work at St Peters. One of them known by the name ‘Black Dick’ drank with other workers at the White Horse Hotel. Wheatley recalled that Black Dick refused to work on a particular day and told Bill that before Captain Cook arrived there was no work and that Cook’s arrival was ‘the worst bloody thing that ever happened’![111] 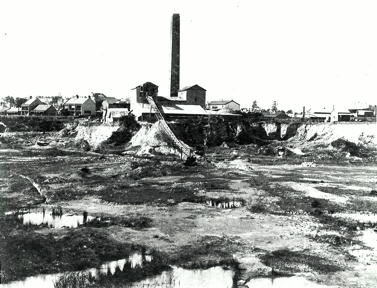 Aboriginal people’s work at Eveleigh Railways, close to Newtown, will need to be explored further through oral history. However, their work does not appear to be obviously or well recorded in written records, according to other researchers completing archival searches.[112] The Eveleigh Shop Committee in 1857 stated that they were negotiating with the Aboriginal Australian Fellowship (AAF) ‘for …speakers to address Eveleigh Loco Employees’ after hearing of Aboriginal activist Bill Ferguson’s talks to writers in the city. A petition in support of citizenship rights for Aboriginal people was also circulated.[113] This suggests that Ferguson or other representatives may have visited. Domestic Service   Domestic service is area of work in which many Aboriginal women were employed. Such work often entailed a lack of contact with their family, virtually no privacy, long hours and hierarchical work place conditions. Leila Long, from Queensland worked as a servant in Newtown to Mrs Collins in 1882. She was mentioned in the press as she was assaulted and robbed, and the case went to court.[114]
In the 1871 census, some households were recorded as having one Aboriginal woman present at the house. It is not clear whether they were employed as domestic servants or whether they were in personal relationships/partners of members of the household. For example in the Ashfield/ Petersham district, an Aboriginal woman was listed as living at Henson St, with the Vaughan’s, and another woman at Cavendish St in the home of Alfred Mears.[115] Nursing   For country based Aboriginal people, especially in the mid 20th century, Newtown and Sydney offered training and employment opportunities, which were not available to them eleswhere. Several people moved from Queensland and rural areas to live in Newtown and develop their careers at the Royal Prince Alfred Hospital, particularly in the women and babies wards. An increase in the number of nurses training seems to have co-incided with a shortage of nurses during World War 2.
Muriel Stanley, a 25 year old Aboriginal teacher at Yarrabah (Queensland) and an assistant matron at the St Elizabeth’s Church Army Girls Home in Singleton, began nursing training at South Sydney Women’s 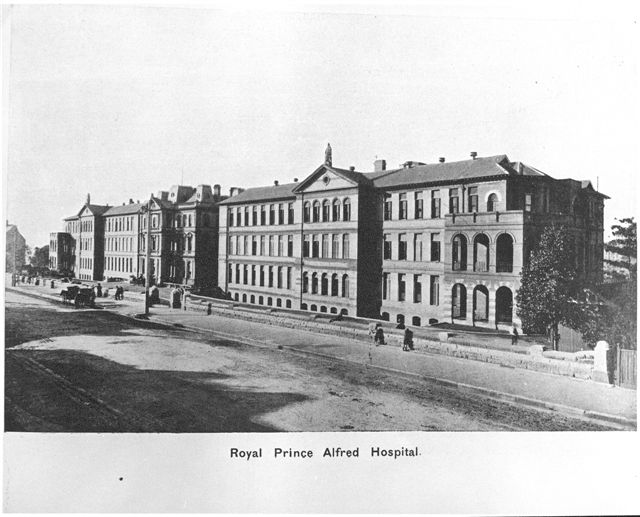 Hospital, Newtown in 1943.[116] In 1945 she qualified as an obstetrics nurse (midwifery). She planned to return to her community and to practice rural nursing at Yarrabah mission.[117] She saw nursing as enabling her to assist Aboriginal people.
In the mid 1960s, Dulcie Flower, came to Sydney from Cairns for training as a nurse and worked initially at St Margarets, then at the Royal Prince Alfred Hospital, Camperdown in 1962. While she was working at the Royal Prince Alfred Hospital (RPA), Dulcie Flower met Isobel McCallum, (often spelt as Isabel or Isabelle) an Aboriginal nurse who lived and worked in Camperdown.[118] She was the daughter of famous activist Bill Ferguson and later become the secretary of the APA in the 1960s.[119] She invited Dulcie Flower to join the Aborigines Progressive Association (APA).[120]
Flower became involved in the key Aboriginal activist/political organisations such as the APA and FCCATSI, which formed in 1958 and campaigned for constitutional change for Aboriginal people and the referendum, as well as fighting for equal wages and against discrimination. She recalled people’s confusion in relation her Torres Strait Islander background when she first began work at the RPA and their prejudice:
“People would ask where I was from and were quite stunned I think when I told them I was from Cairns. Their whole tone would change…All of a sudden they would realise you were Australian and you’d see this …Well, is she Aboriginal or is she…?” you know. It would have been quite acceptable for me to be from NZ. But not quite so to be Australian. You learned pretty quickly that the colour of your skin does still amount to a lot in this country.’[121]
So while there were opportunities, there was also ever present prejudice to deal with.
Later, with Federal Council for the Advancement of Aborigines and Torres Strait Islanders (FCAATSI), Flower was general secretary and Land Rights committee convenor. She ran national campaigns to make mining companies consult with people and seek permission for development and encouraged communities to speak up and helped expose what was happening to Aboriginal and Islanders lands internationally.[122] She was enthused about the national focus of FCAATSI and interested in fighting for rights in terms wages, health and land rights.[123] Flower was also a founding member of the Aboriginal Medical Service in Redfern in 1971.
Sally Goold (nee Bamblett), a Wiradjuri nurse from Narranderra, grew up in St Peters, and went to school i

n Newtown. She trained at the RPA Hospital in Camperdown and studied midwifery at King George V hospital. She was invited by Dulcie Flower and Fred Hollows to work at the AMS in Redfern in 1971 when it was starting up. She spoke candidly about the difficulties she encountered from other nurses during her working life, but also the hostility from some people attending the AMS who thought of her as a ‘flash black’ and other patients, who only wanted to see the ‘doctor’, not a nurse. She credits Mum Shirl with taking her under her wing and helping to change people’s attitudes to her work.[124]
Other Aboriginal women also worked at Camperdown Children’s Hospital. Bertha and Myrtle Murray from Moree worked there in the 1950s. Bertha was a nurse.[125]
In 1967 Bev Grant, from Nowra High School won a scholarship to study nursing at Camperdown Children’s Hospital.[126]
No doubt there are many other Aboriginal nursing and medical worker histories too, though they are not well recorded in the published histories of these institutions. This would be an area where oral history could prove very helpful and is well worth pursuing.
Aboriginal children were also patients at the Children’s Hospital and at the RPA.