Photographs of classes at the North Newtown Primary School, 1923 and 1928, from the Sim family.

I have an interest in Newtown because I lived there as a young child while my father was in Darwin after WWII. My grandparents, Herbert and Linda Sim, lived there from the time of their marriage at the May Street Church in Newtown on 16/4/1917 until their deaths by 1956.They had three children, Gladys, Kenneth and Leonard, and lived first at 6 Bennett Street, then from the 1930’s till 1956 at 147 Wilson Street, the first home I remember.

I’ve been sorting though some old photographs and thought you might be interested in a couple taken, I think, at North Newtown Primary School c.1923 and c.1928. Years ago, my late mother wrote the names she could remember on the back of each photograph. They may be of use to people like me who are interested in family history and can pick the family resemblances. 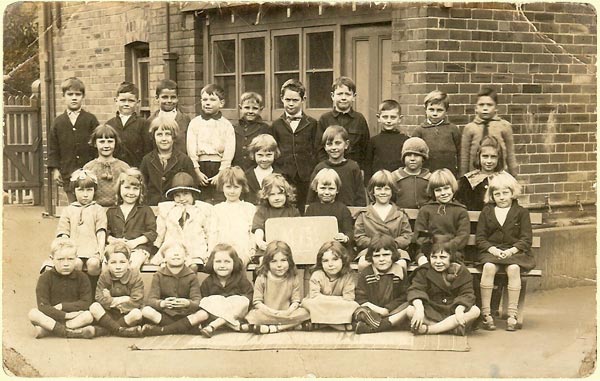 The number of children and names don’t quite add up, but from memory, my mother identified them from left to right, looking at the photo, moving from back to front: 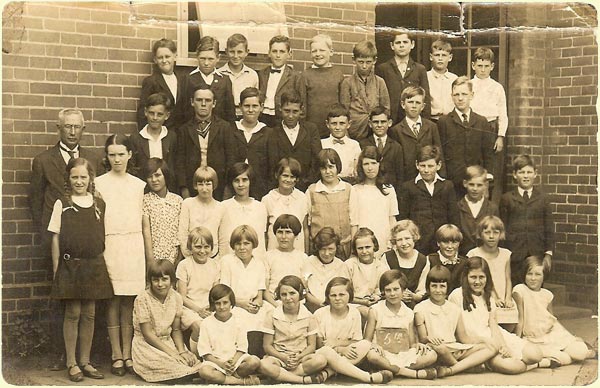 If you can provide names of any of the other children (or the teacher) please contact the Newtown project and we’ll add them.