Nicholas Devine (a.k.a. Divine) arrived in Sydney with the second fleet in 1790 to take up the position of superintendent of convicts.

In 1794 and 1799 he is given two adjoining land grants totalling 210 acres which covers most of today’s suburb of Erskineville and almost all of Newtown east of King Street. Here he grew apples and oranges and also attempted to grow tobacco and start one of Australia’s first vineyards.

In 1811, due to his old age, ailing health and deafness, Governor Macquarie pensioned him off. Devine and his wife Margaret (nee Smith), who was a convict of the second fleet, retired to their property which old Nicholas called Burrin after his birthplace.

Margaret died in 1827 and two weeks later Devine signs over all of his land to one of his convict servants, Bernard Rochford, who immediately starts carving up the estate and selling it off. One of the first purchasers was the Reverend George Erskine, hence the suburb’s name. Nicholas Devine died in May 1830, his age listed as 104 although was more likely 94.

Rochford himself, although still a convict, married a wealthy widow and proceeded to sell off chunks of the property, the price of which was now in its prime due to its proximity to the city. By 1835 the Rochfords had sold off all except for 10 acres around old Devine’s house which they lived in. The Rose of Australia Hotel on Erskineville Road now sits on the site. In 1839 Bernard Rochford died (aged 82) and his wife sold off the last of the old estate and leaves the area.

Meanwhile in Ireland, letters are being sent to the Colonial Office in London and Sydney from various Devines stating that Burrin Estate was theirs and they were soon coming to claim it. The Devine clan fought amongst themselves for a while until concluding that the heir was John Devine, Nicholas’s grand-nephew. While John Devine advised his family that he was the heir, he also told them that he did not want to pursue the matter as he had a profitable coach-building business in Liverpool (England). He even wrote to the colonial authorities warning them against errant claims from his Irish relatives. Eventually the Devine clan coerced John to sail with them to New South Wales and he arrived in 1846, lodging his claim 18 months later.

By this time the area was very established. Much of it had been cleared and was now dotted with some 30 residences belonging to some very prominent citizens including the Lord Mayor of Sydney, the attorney general, a couple of Parliamentarians, the editor of the Sydney Morning Herald, a few barristers and solicitors, a retired naval admiral and some importers and merchants.

After a commission was sent to Ireland to establish John’s heirship, the trial commenced in April 1852. John Devine contested the will between Nicholas Devine and Bernard Rochford on three grounds –

That old Nicholas was of unsound mind. This was partly due to his old age but was mainly attributed to being robbed and bashed by bushrangers in 1822. John Devine found many witnesses to testify how, particularly after the beating, old Nick was unable to dress himself or communicate, he dribbled incessantly and that he had to be spoon-fed.
The will was a forgery. Some of the names are misspelt and one of the supposed signatories, a good friend of Rochford by the name of Francis Eagan, was not in the colony at the time of the will – and even his name was misspelt (Egan). One of the other alleged signatories, Thomas Dunn, also said that the signature on the will was not his.
As Rochford was a convict he could not buy, own, sell or inherit property.

John Devine lost the case but upon his appeal (which went to London) he was granted a retrial, the London judges sitting on the appeal board stating that the verdict seemed against the weight of evidence. This retrial took place over 30 days in August and September 1857 and was at that time the largest civil court case in Australia’s history. Once again the status and connections of the defendants went against the Irishman. John Devine then threatened to appeal again but settled for an undisclosed payment. It is believed that the defendants knew that if a retrial was again ordered it would be held in a London courtroom and therefore their status in New South Wales would not be as persuasive. 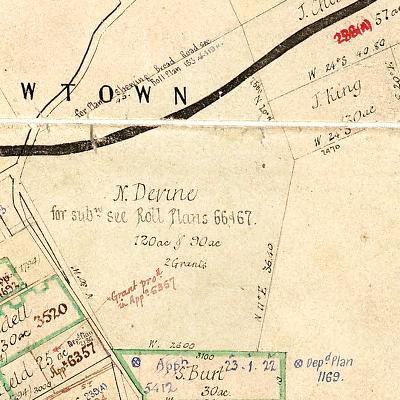 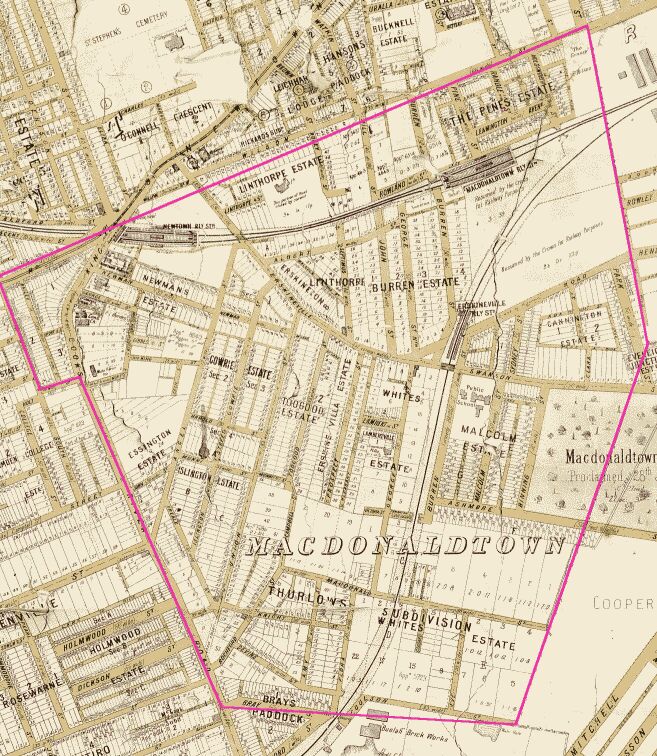 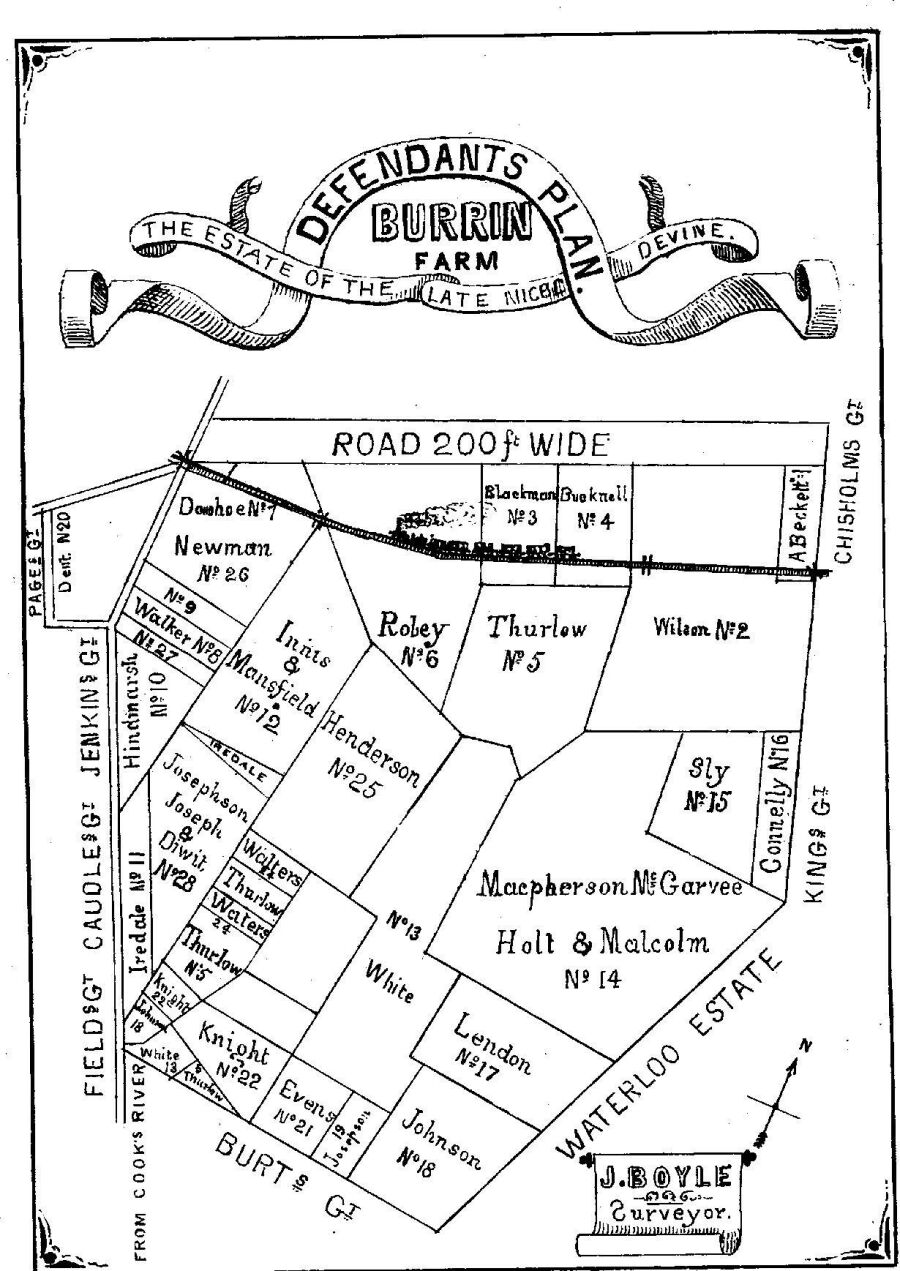 Defendent’s Plan of the Estate of the late Nicholas Devine.