My great grandfather, John Milne, was born 5 October 1856, Tonburn, Parish of Rhynie, Aberdeenshire, Scotland. He arrived in Australia 17 June 1884 on the ship “Bann” with his brother James and James’ family. His occupation was a stonemason.

He married Robina Christina Anderson on 3 May 1888 at the Presbyterian Church, Newtown.

I have that original illuminated parchment that granted him life membership of the ambulance for his efforts in fund raising etc. He was President of the Committe of Newtown District Ambulance 1920-1927.

He ran street fairs in King Street as part of the fundraising. I also have a photograph of him with a new ambulance outside the Newtown Town Hall taken about 1922. 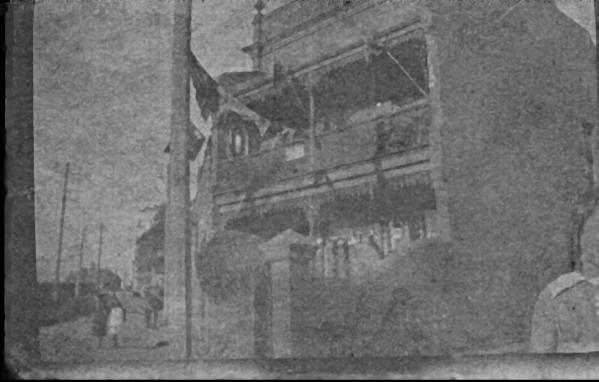 The family home “Duncraggan” is still standing in Newtown. It was in Crescent Street near the Crago Flour Mills until Crescent Street was resumed in 1927 to widen the railway fence. It is the only house left from Crescent Street and now the front fence is on the railway line boundary. I have small faded photographs of ‘Duncraggan’ showing Crescent Street, the brick wall on the edge of the railway and the station buildings on Newtown Bridge at the end of the street.
John Milne died at his home in Marrickville on 3 March 1933 and is buried in the Old Presbyterian Section of Rookwood Cemetery. 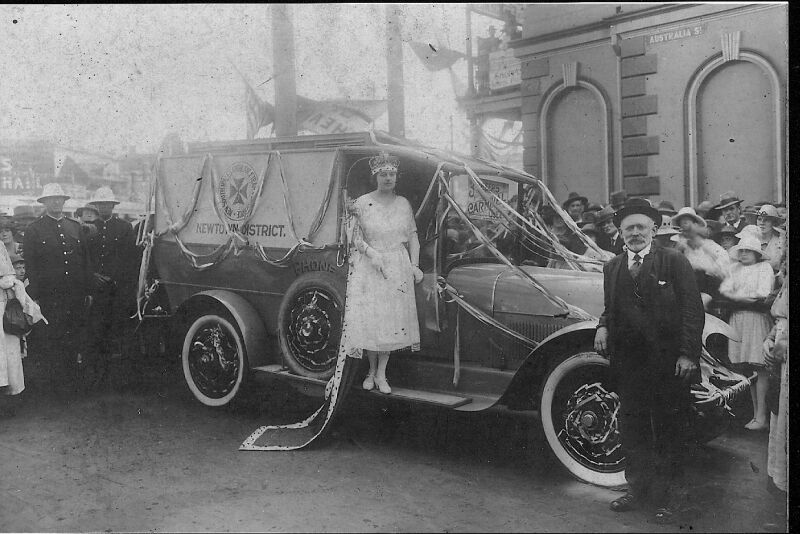 This work is copyright © Mrs. Lynette Walker 2003. No part of this work may be copied or used in any way without the written permission of Mrs. Walker.