Frank Attoft was interviewed by Sue Rosen on  November 22, 1994, two days before his eightieth birthday. He was born in 1914 and moved to Chalder Street Newtown in 1932 and lived there until he moved to Erskineville in 1936.

Listen to the AUDIO  or read the TRANSCRIPT below :

Frank Altoft: a lot of dances in Newtown..the biggest, biggest charge of the lot was sixpence to get in, with a thruppence half time…half of us would have to wait until half time because that was all, well we used to call it 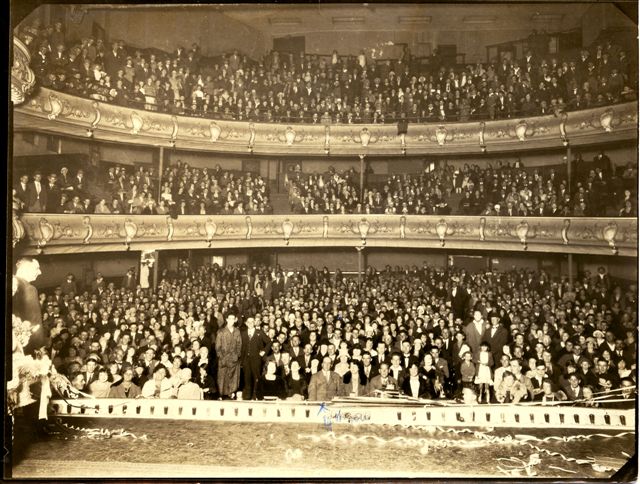 trey in the old days. And it was the Newtown Town Hall, St George’s Hall, there was the Manchester, there was social credit, run at the social credit hall, and there was three picture shows yeah, there was Douglas Social Hall, the Prince of Wales at St Peters, and then there was Newtown Hub, number one, then there was the Hoyts up in King Street, then there was over in number two. And of course there was the best building ever built..the Majestic Theare in Newtown, because that’s been pulled down and that was the greatest picture show if all time…Well the acoustics made it so good, because it was the only hall known where you didn’t have to have a microphone, you could speak from the stage and it had three stories, over three stories high, was the Majestic. And the acoustics were that good, they didn’t have to use a microhone…They used to have plays, and opera was there for years, all kinds of plays were there for years…it was a picture show for a long time too. We used to go  in them days…Saturday night, because that ‘s about the only time, even when I was a man at thirty seven, thirty eight, thirty nine, you could only afford to go out once a week because we had to buy , furniture, we bought the furniture on time payment, and clothes and that on cash and carry, you used to pay back one and six, two and six a week …it was the only way you could get on.

You can listen to more from Frank Altoft on the City Of Oral Histories site, just go to http://www.sydneyoralhistories.com.au/our-city/frank-altoft/