Walenore Street is located in Enmore near Alice Street but the meaning of its name is unknown.

Warren Ball Avenue was previously known as Kettle Avenue circa 1887,  and  also L’Avenue before renaming around 1920; Ball was an Alderman and philanthropist.

Watkin Street in O’Connell was the major street formed when Hanson’s Paddock was offered up for sale on 5 June 1880 by John Wesley Watkin, an active Wesleyan Methodist, auctioneer and manager of the Sydney Freehold Land and Building Society (see 13 December 1881) and who also sold the Bello Retiro estate in 1888.

Webber Street was formed in O’Connell in 1870 near Prospect and Brick Streets, but is not on the 1939 Lands Department map. It was presumably named for wheelwright Mr. G. Webber who ran the small independent Newtown Omnibus Company with a Mr. Addams.

Weekes Lane in Kingston was originally formed in the 1860s but named after resident Thomas Weekes after 1880. It is spelt as ‘Weeks’ on the 1939 Lands Department map.

Wellington Street in Kingston was formed prior to 1858, and became Chelmsford Street sometime after 1939. The Presbyterian church was located here prior to 1881; this street was surely named for the Duke of Wellington, the English hero of the Napoleonic wars, though a certain Mr Wellington did live in Egan Street in the 1880s.

Wells Street was formed in Enmore on the former Bello Retiro Estate in 1867 and named for the public well mentioned in 1866. There was a Wells farm in Enmore according to Richard Cashman’s 1810s map (but check 13 June 1882 for a mention of Well Street).

Whately Street was formed and named in August 1888; the 1939 Lands Department map shows it as an odd crooked laneway skirting the back of Whately’s yard. 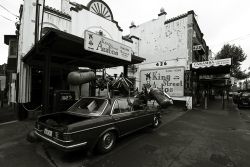 Wilford Street and Lane in Enmore was formed in 1869. Lilith Norman says it was named for Judge Henry Wilford who owned Thurnby Lodge prior to 1854 when it was bought by Thomas Chapin Breillat, while Percy Gledhill says the owner was a Thomas Wilford (1788-1847).

Williams Lane was near the Wesleyan Church behind King Street in O’Connell but does not appear on the 1939 Lands Department map. It is mentioned in the Newtown Council Minutes on 28 Dec 1885, near Short, and 28 September 1886. 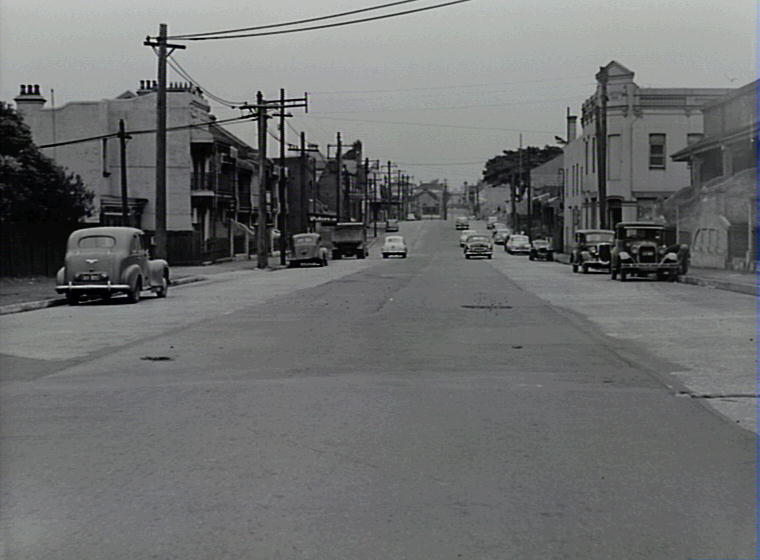 Wilson Streetwas formed in O’Connell Ward in the 1840-50s but at that time it did not extend west past Erskineville Lane. The section near Hollis Park was widened from 35 to 66 feet in September 1887. It may have been named after ironmonger Felix Wilson 1802-1865, an inaugural Sydney City Councillor in 1842, a Director of the Bank of NSW in 1843-50 who bought ‘Lietrim’ (designed by John Verge in 1834) and renamed it ‘Pine Villa’ here in 1843. The original ‘Pine Villa’ stood near Holdsworth Street until the 1890s. Felix Wilson’s son Joshua married Jessie Elizabeth Shepherd who was grand-daughter to Thomas Shepherd, his daughter Anne married railway-builder William Randle, his grandson was the artist William Hardy Wilson 1881-1955.

Wright’s Lane at the back of Ferndale Street was formed when Mr. J. P. Wright subdivided the Ferndale estate in 1883 (see Newtown Council Minutes, 5th September 1883 and 1st April 1884).

Wyatt’s Lane at the back of Hordern Street in O’Connell is first mentioned in 1877 but does not appear on the 1939 Lands Department map. It was named after William Wyatt who lived here and was a teacher at St Stephen’s School and (co)auditor to Council for a time in the 1880s.