Edgeware Road in Enmore was formed prior to 1863, as a minor back street, and presumably named after the road in northwest London. It was extended up to meet Enmore Road in 1878 when Mayor Kingsbury suggested it be renamed after local resident (and Sydney City alderman 1842-1850) Thomas Smidmore, who died in 1861.

Egan Street in O’Connell Ward was part of the 1845 subdivision of Governor William Bligh’s 210-acre Camperdown Estate grant of 1806. The street was extended in 1881-83. A Mitchell Library subdivision map (No. N6/40) shows a Mr L. Egan as landowner here. Daniel Egan MLA (1803-1870) was a Catholic, a wine and spirit merchant and Mayor of Sydney in 1853, whose second wife perished on the Dunbar. The Church of England retained this area up until the 1880s.

Eliza Street in Kingston Ward is first seen in 1845 and named after Thomas Rowley’s daughter. John Webster’s New Town store on the corner of Eliza and Cooks River Road gave its name to the suburb.

Elizabeth Street in O’Connell is first mentioned in the mid-1860s. 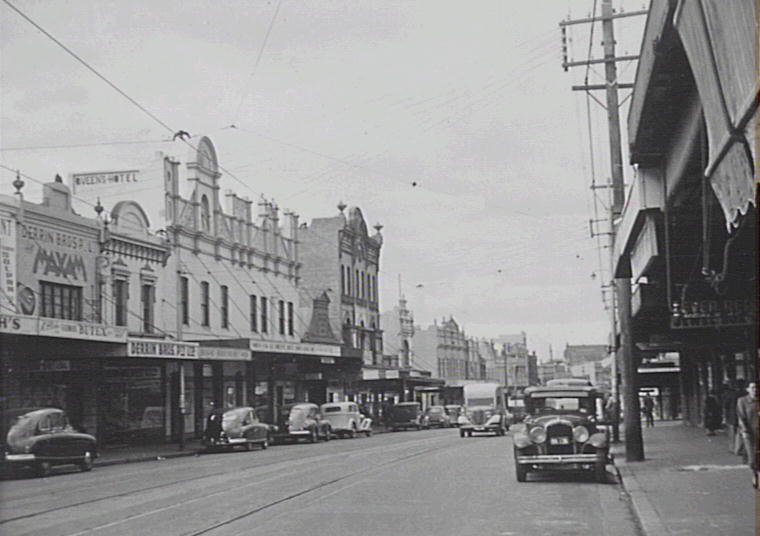 Enmore Road was an Aboriginal walking track and was known as Josephson’s Track in the 1850s. Enmore Ward was created in 1862; the name is taken from the estate owned by Captain Sylvester Brown from 1835 and the Josephsons from 1838 to 1883. Enmore is the name of a small millennium-old town in Somerset near Cornwall; Brown took the name of his employer’s estate in British Guiana or Barbados in the West Indies. Following the renaming of a section of Cooks River Road as King Street in 1877, Alderman Melville proposed that Enmore Road be renamed Chelsea Street and Alderman Cozens recommended Queen Street instead. Queen Street was used from 1879 until after 1880 [?].

Erskineville Lane in O’Connell Ward was formed prior to 1863 and renamed Erskineville Road in 1878. The street and locality ‘Erskineville’ were named after Reverend George Erskine’s house ‘Erskine Villa’ which stood on its Rochford Street corner from 1832 to 1961. Erskine’s career as the first Superintendent of Wesleyan Missions in the NSW colony and South Sea islands is summed up in the Methodist Jubilee Conference Album of 1905 with the words ‘his career was not successful’ and that ‘he passed away after a few years service at Erskineville’ on 24th April 1834.